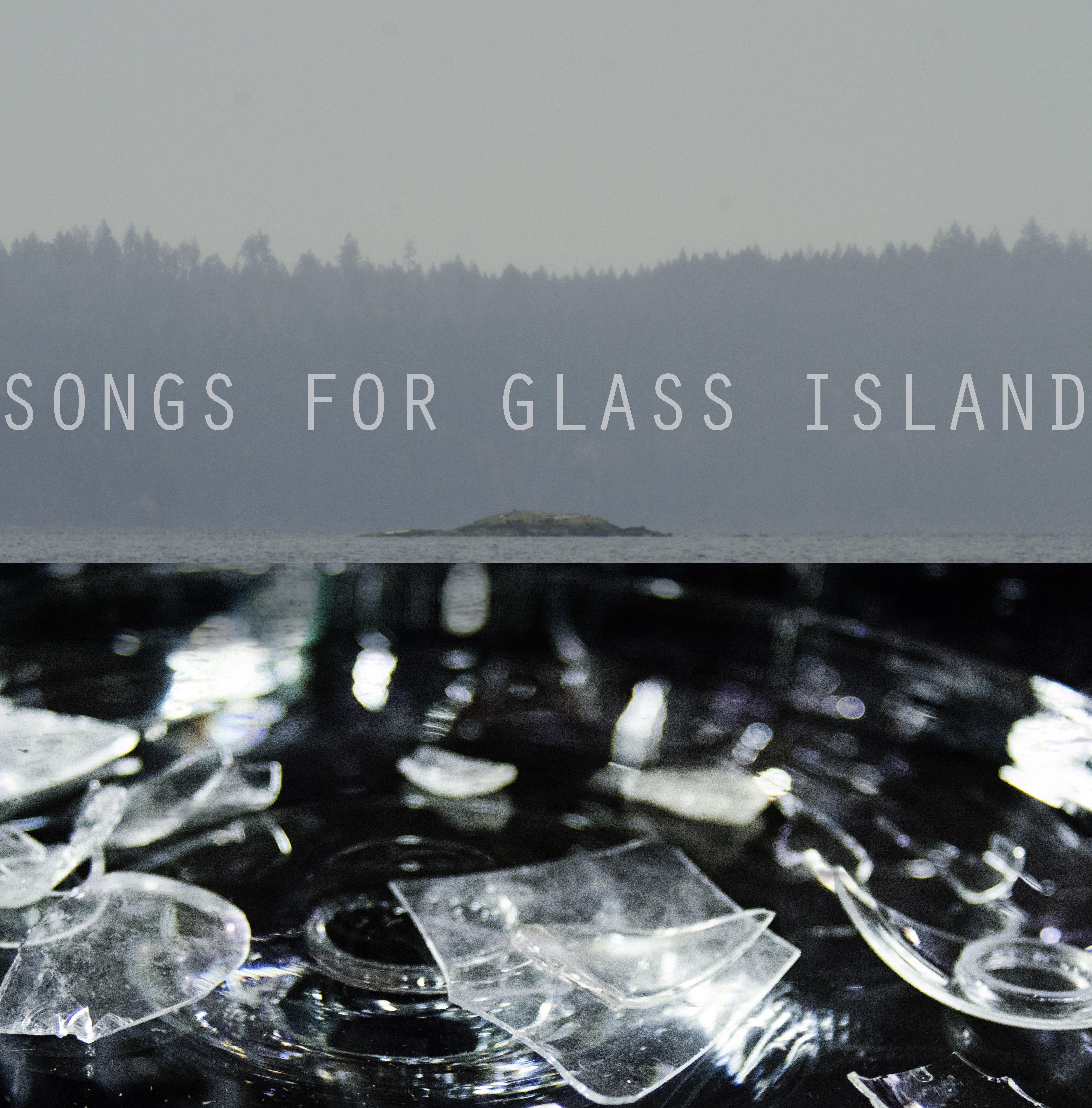 Robert Smithson (1938- 1973) proposed encrusting Miami Islet, a small pumice islet in the Salish Sea off Vancouver Island, in 100 tons of tinted glass. Although the Canadian Government granted permission for the realization of Island of Broken Glass in 1969, public pressure against the project soon mounted, and what would have been Smithson’s first permanent large scale land art work was shelved.

Using glass as the primary sound source, the collaborators performed a set of inter-related works that imagined the possible sounds, stories, textures, and ecologies of Smithson’s fabled island. The juxtaposition of the practices of sound art and experimental music performance, in glass, created a visually stunning and sonically captivating concert length program that premiered at the Art Gallery of Greater Victoria April 7-8 2016, followed by a performance April 9 hosted by the Contemporary Art Gallery at Pyatt Hall in Vancouver.

Songs for Glass Island resides within realistic and fantasy scenarios provoked by ideas and concepts of the Island of Broken Glass. It includes considerations of glass as a visual and sonic material; glass in acoustic and marine ecology; used and waste glass; and metaphors associated with glass, such glass ceilings, broken barriers, reflection, transparency and invisibility.

One of the sound sources for the work is Camille Norment’s glass ‘armonica, a crystal instrument invented in 1762 by Benjamin Franklin as a mechanical version of its ancestor, the glass harp, a set of equal temperament tuned crystal glasses played with water-dipped fingers.

The University of Victoria’s Scientific Glass Blower (Sean Adams) created glass flutes and tuned glass overtone tubes for the group. Tina Pearson’s glass harp (crystal glasses, vases and bowls arrayed in just intonation) was expanded with tunings that enhance and interfere with the equal tempered tuning of Norment’s glass ‘armonica, giving the ensemble a rich array of tone colours with which to sound.

The creative process for the ensemble included a process of coaxing hidden and unusual sounds from this collection of glass. ‘Songs’ from fragments of Smithson’s texts filtered through glass resonators combine with sonic movements reflecting the themes in structure and content to weave a viscerally compelling glass sound world.

Camille Norment is a multidisciplinary American artist living in Oslo. Her work has been the subject of numerous international exhibitions including an exhibition and performance at the Museum of Modern Art, New York and a commissioned artwork and performance for the Museum of Contemporary Art, Oslo. In 2015 she is representing Norway at the Venice Biennale. Norment performs and records with the Camille Norment Trio in which she plays the rare glass ‘armonica. She brings an interest in the physical, visual, sonic and metaphorical aspects of working with glass, as well as a strong focus on collaboration and improvisation.

Experimental Music Unit (EMU) is LaSaM Music’s trio of Tina Pearson (composition, flute, accordion, voice and glass); George Tzanetakis (clarinets and saxophones) and Paul Walde (composition, bass guitar and percussion) with Kirk McNally (electronics and production) that had its debut with Music for Mycologists, a concert length program and CD.

Songs for Glass Island was presented by the Art Gallery of Greater Victoria and the Contemporary Art Gallery (Vancouver) in partnership with LaSaM Music (Victoria) and generously supported by The Canada Council for the Arts / le Conceil des arts du Canada, the Office for Contemporary Art Norway through its program for International Support, and The University of Victoria’s Distinguished Women Scholars Fund, Orion Fund in Fine Arts, and Department of Visual Arts.